Anyone who trains back is familiar with the basic ROW exercise.  This motion increases the thickness of the back by developing all the

individual muscles of the back such as the Rhomboid major and minor, Infraspinatus, Teres major and minor, Trapezius, etc.  This is accomplished by the pulling motion, as opposed to the pushing motion such as the bench press, which develops the chest.  As the volume of my back workout increases from 115K to 130k to 170k to my latest record of 215K, inevitably, so do the amount of rowing exercises I find myself  doing including barbell, machine and t-bar rows.  For full development they need to be done from the high, mid and low positions.  The basic variations include: Bent-Over Barbell row, One-Arm Dumbbell row, Seated Cable row, Bench-Supported row, Inverted row (pulling your body up to a stationary bar such as in a smith machine), T-Bar row, Upright row (pulling the bar from your belly button up to the chest) and machine types with stack or plate loads.  Grip strength and endurance is important here and if you find your wrists fatiguing before your routine is done I recommend using lifting straps or lifting hooks.  They are inexpensive and worth the few dollars investment.  Increasing volumes is great but occasionally I find myself wondering is there anyone else who would have the brute strength and stamina to do this much work for their back on a regular basis other than perhaps modern elite caliber professional bodybuilders?

Yes, there is, the rowers of the ancient Galley ships!  Whether they were paid or forced into it, these men, called forsairs, would provide the power to propel entire fleets of ships primarily through the use of back muscles sometimes working from a few years to decades.  It was even recorded that one such individual was set at liberty in the 1600’s after being an oarsman for over 24 years until he was over 70 years of age, incredible.  Below is an idea of what they had to endure.  Fortunately the invention of the combustion engine rendered this type of human power and associated social consequences, obsolete.  By the way, don’t worry… the guy who is pulled from the ship survives after successfully pulling the chains through the leg irons just before they drag him to down to the abyss.

Of course our God is no longer the Glory of Rome, and we aren’t forced to sacrifice our effort and lives for adulation of others.  We train our backs voluntarily, however, that story shows us how much work that part of our body is capable of and how resilient it can be.  If you want a strong and massive back to make a big impact, train hard, eat right, get enough sleep and don’t skimp on the rows. 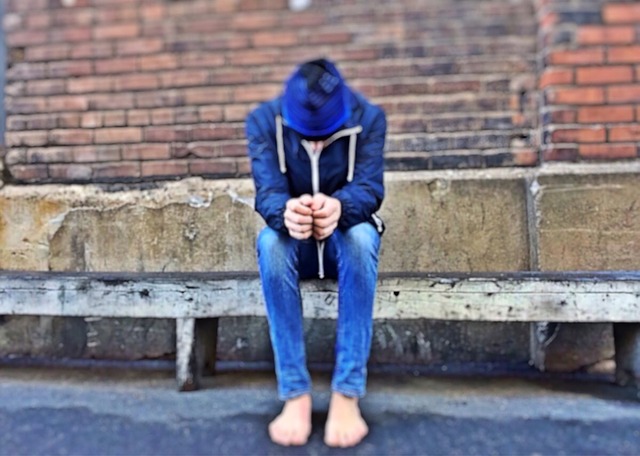